Happy Friday guys! I’m pretty happy its the weekend. My January has been filled with fun activities and lots of social events but I’m well overdue a nice rest!

This past weekend was a crazy one! My parents came to visit us and we took them to visit Wollaton Hall in Nottingham, which was Wayne Manor in the recent Batman film. 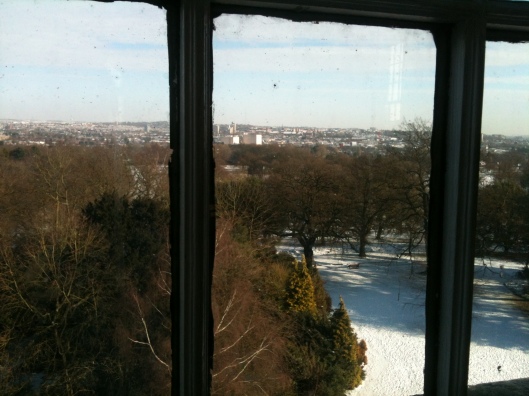 We took them on the guided tour, which was brilliant. Although its free to visit the house, you only get access to a few rooms whereas when you go on the tour, you get to explore the whole house! 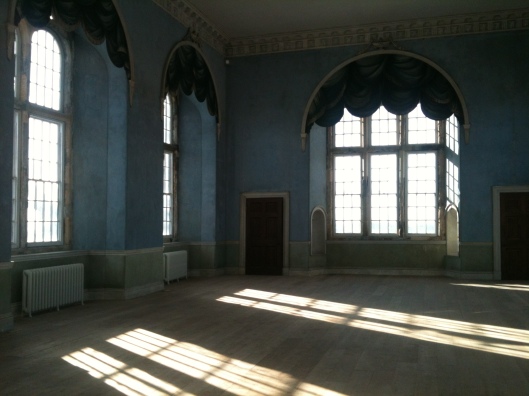 This was the prospect room which is the attic type part peeking out at the top of the house. It was apparently used for balls – how amazing! Today it is sometimes used for wedding photography – the natural light was wonderful. Fun fact – those doors at the end are fake doors that were put in to make the room pleasingly symmetrical! 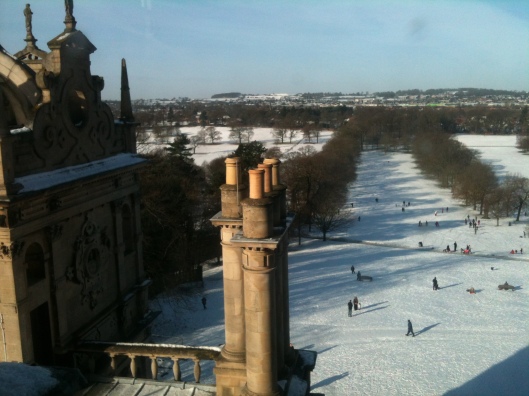 The view from the top – you can see the whole of the county (and no doubt some other counties too!). There were loads of sledgers making the most of the snow (now all melted). 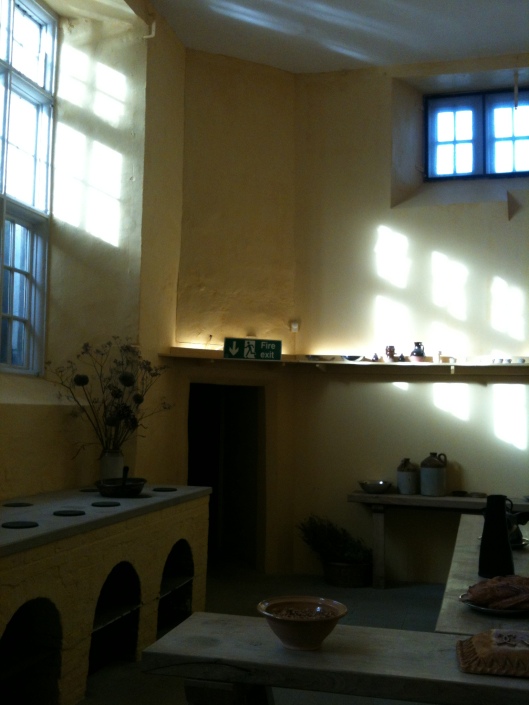 The kitchen – again, lovely light from the big windows. Fire exit sign may not be historically accurate 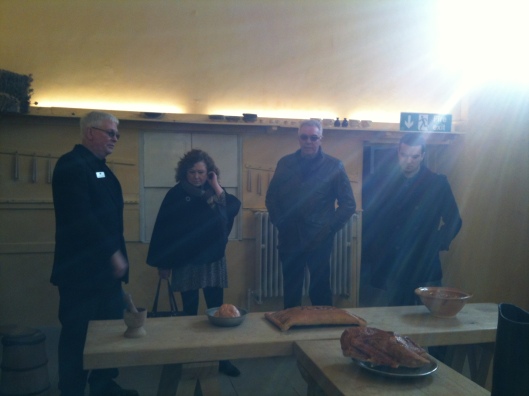 My parents and Lee enjoying the tour – I wonder where I got my skinny legs from?

Lee in the old library, now used as a meeting room but still with lots of old and rare books, including some first editions 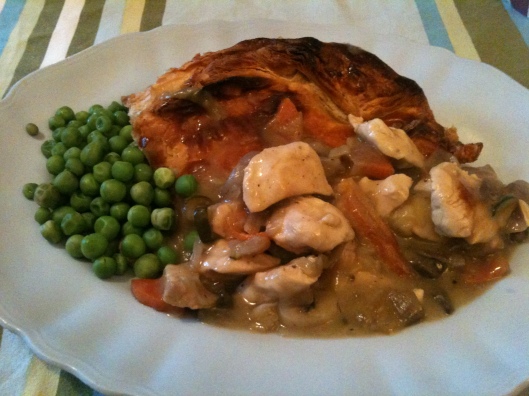 I made us all dinner – chicken pie and a veggie version for Lee. It was very tasty!

A blurry picture of Lee playing Blocks and Runs (I had to capture the fun!). We had a hilarious time playing and Lee narrowly missed out on the all time best score.

We were off to a party at our friends house to celebrate Austalia Day, so I repurposed some leftover chicken pie mix into some shortcrust pastry to take along. 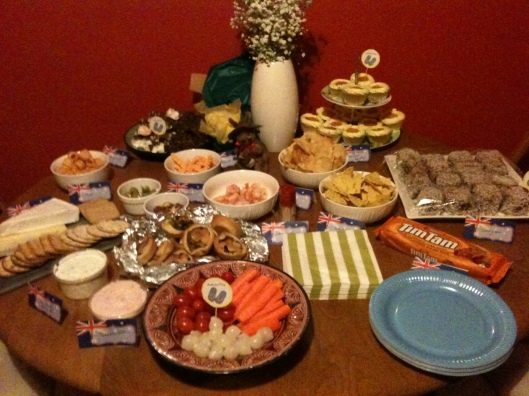 The amazing spread!! The homemade Lammington’s were INCREDIBLE, plus the rocky road and Australian crunch (coconutty crunchy rocky road). I stuck mainly to the sweet stuff!

Sandstone caves carved into the rock at the base of the castle in Nottingham. In case you didn’t know, Nottingham was built on top of soft sandstone rock, which is very easy to carve into, and so an elaborate network of thousands of caves runs under the city. 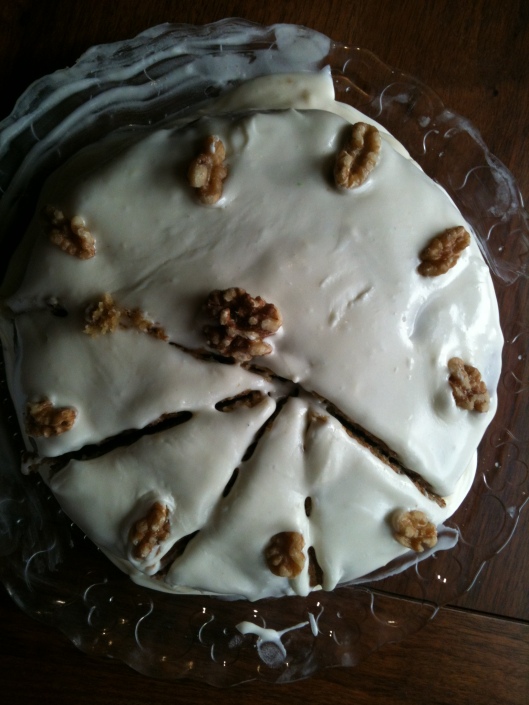 I went to Cake Eaters Anonymous on Sunday, and took a five a day cake with carrot, bananas, courgette and more… I’ll share it with you soon!

Gorgeous olives in Carluccio’s in Nottingham where I had dinner on Tuesday night. I went for a pasta dish, since I choose not to eat chicken in restaurants unless its from RSPCA approved (ethically reared) sources and sadly Carluccio’s do not source their chicken in this way at the moment.

Milo being very stern with me 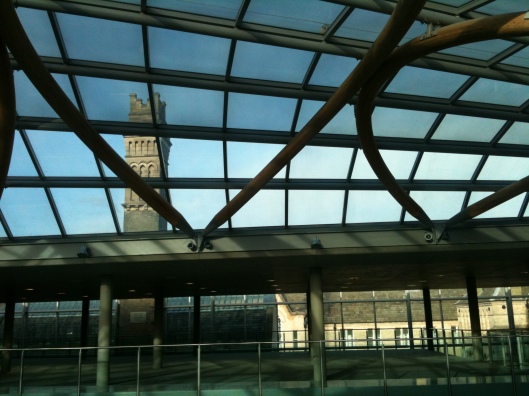 And the roof of the Newton building, where I was working on Thursday – another beautiful sunny day!

Roll on February – and Spring!

Have a wonderful weekend – what are you getting up to? And will you be happy or sad to see the back of January?

Previous Post: « Stop what you’re doing and look at this!
Next Post: Intensely Rich and Chocolatey Flapjacks »