What did you think of The Great British Bake Off last night? I really enjoyed it but it wasn’t my favourite as I’m not really pastry’s number one fan (thats not to say I wouldn’t eat a slice of homemade tarte au citron if it were offered but its just not my favourite thing). I was quite surprised that ‘the handsome one’ stayed in despite his pastry disaster, but at the same time I’m sure cooking under those conditions is incredibly stressful and even the best of us would probably mess up our most tried and tested recipe!

I am very excited about next weeks episode though – I love bread! Especially foccacia bread – in fact I’ve been meaning to make some for a while, so I think I’ll make some using the same recipe the contestants use and see how it turns out. 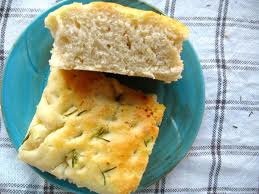 Some Bake-off links for you!

The recipes from the series so far! They also have some great videos on how to ice cupcakes too!

The Great British Bake-off recipe book (which I’m hearing great things about) – is just £10 on amazon.

Edd’s (last years winner) blog The Boy who Bakes. He also has a cookbook coming out in a couple of weeks

Previous Post: « Easy healthy dinners : Tomato and chickpea curry
Next Post: Stop what you’re doing and look at this »